I am an extremely avid reader, and I was reflecting the other day on all the books I have read in my lifetime. I would wager probably well over 1,000, not including mandatory books for college.

One of my vexations in life is when an amazing book is made into a movie and it turns out to be less than sub-par. I have had such high expectations of particular film adaptations only to be sorely disappointed. These following novels however, have stellar film adaptations in my opinion, and if you have not read them or seen the film, I highly suggest that you do. I actually have so many more favorites, but I had to narrow them down to a few.

Das Parfum is a historical fiction novel written by German author Patrick Süskind. It was published in 1985 and translated in English in 1987. The story is a dark one. With a backdrop based in 18th century Paris, it tells about the life of a murderer named Jean-Baptiste Grenouille, who born in the most impoverished of circumstances. He is abused and neglected, he feels nothing in reference to pain, love, or sadness. His one connection to any humanity is through his extremely perceptive sense of smell. He can memorize a smell bad and good. He soon becomes obsessed with the female scent and becomes a master perfumer in order to create a fragrance that epitomizes the scent of a woman. Of course he begins to murder his way through Paris to do it. The film adaptation of this novel was released in 2006, directed by Tom Tykwer, who also composed a magnificent score for the film. I must said he did an excellent job with this adaptation! If you love thrilling suspense, historical fiction, and a good murder mystery all rolled into one this is the book and film for you!

Everyone should pretty much be familiar with this novel by now, since it has gotten so much media attention since the movie was released. Pretty much be prepared to cry, cry, and cry some more. This is your classic story of two young people afflicted by a deadly disease who fall in love with each other. It is just so touching and beautifully written. I thought the movie was wonderful. I was pretty sure that it wouldn’t be as good as the book, and it’s not, but I was pleasantly surprised and enjoyed the movie immensely.

Classic literary masterpieces are the best aren’t they? This will forever be my favorite Austen novel! Now there are several film adaptations of this book, but the only one truly worth watching is the BBC mini-series version from 1995 starring Colin Firth and Jennifer Ehle. The cumulative time for this series if you watch it all at once is going to cost you around 6-8 hours of your precious life, depending on whether or not you pause to get more Jane Austen appropriate snacks; like homemade lemon squares and fudge brownies! It is totally and completely worth it, trust me! 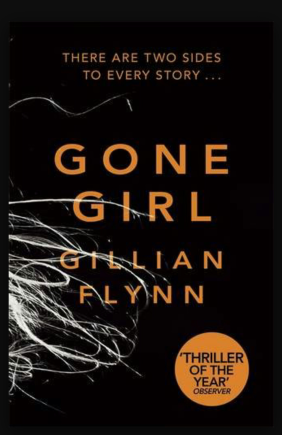 I do not even know where to start with this one! First of all, I love Gillian Flynn! She has written some other good ones as well, but Gone Girl is my favorite. This book is just so good. I was so impressed with the movie as well. I have watched it 3 times, not including seeing the premiere at the theater. This is suspense, deception, betrayal, supposed murder, obsession, lust, and plot twists all rolled into one! What you start off thinking, you will completely start thinking differently later on as the book and film progresses. It is about a couple from New York who fall in love and everything is seemingly perfect. Flash forward a few years and everything starts to slowly fall apart. The man comes home one day to find his living room in disarray, and he eventually comes to the conclusion that his wife has been kidnapped. Or has she? I will say no more, just read the book! If you are not a big reader at least watch the movie, you will be so glad you did. Other than a few tiny discrepancies, the movie very closely follows the book.

Marcel Pagnol is amazing! Jean de Florette is actually the first novel, followed by Manon Des Sources, translation Manon of the Springs. Can you tell I love French novels? The story takes place in Provence, after World War I. This book is really too complex for me to explain in detail. It is basically about one man’s greed and the ultimate price he will eventually pay because of it. The films are wonderfully directed by Claude Berri. The film stars French natives Gérard Depardieu and Daniel Auteuil, who both give stellar performances in their respective roles. I love the correctness of the films accuracy in reference to the historical period. So well done. The film won several BAFTA awards and was nominated for many other. Incidentally, the score that was comprised for the films was inspired from Giuseppe Verdi’s opera La forza del destino, a personal favorite of mine! These two novels are considered literary classics, as well as the films being ranked among ” The 100 Best Films Of World Cinema”, and rightly so!

Have you read these novels? Are you feeling inspired to?

This site uses Akismet to reduce spam. Learn how your comment data is processed.